Executive Coach and Something Major CEO & Founder, Randi Braun, shares her secrets for a successful negotiation in this two part series. 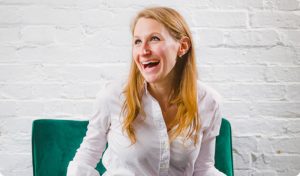 Part One: Knowing Your Worth

As an executive coach who spends her time with women leaders and entrepreneurs, there’s something important I want to talk to you about: Money. Specifically, how we handle negotiations and tough conversations on an unfair playing field.

I know first-hand how important this is. Not just because I grew up professionally in a sales and business development career before starting Something Major, my women’s leadership coaching and advisory firm. But because years ago on a cold December morning, in the throes of budgeting and bonus season, I opened up an email with the subject line “raises and budget.”

Coming off my best year ever, hitting 125% of my annual revenue target and exceeding my sales goal by an additional $1,000,000, I expected good news.

But, when I opened the email, I didn’t see my name. The email approving my male colleague’s very large raise had been sent to me by mistake.

I was shocked. I was hurt. I was livid. Fortunately, the obvious pay discrepancy was so egregious that the “powers that be” acted swiftly to remedy their mistake. I got the raise I deserved, but I still wonder: what if I hadn’t seen? How much did they really value me and my work? That day, I promised myself that I would never let this happen again.

In honor of equal pay day(s), Women’s History (Future) Month, and International Women’s Day, I’m sharing my secrets for successful salary negotiations. To be clear, these do not only work for women. However, they are designed with women in mind. But, we all can – and should – be working together to close the gender pay gap because equal pay is good for everyone, regardless of gender.

The World Economic Forum predicts it will take us 136 years to close the pay gap. I don’t know about you: but I have goals and dreams that just can’t wait–and I’m guessing you do, too.

If we want to see gender pay equality in our lifetimes, we all need to start talking about money and specifically salaries. Corporate pay scales remain opaque at best and often are a complete black box. In fact, many of us (~70%) only realize that we’re being underpaid when that information is revealed casually in passing by a male colleague or by mistake.

The statistics are well-known but staggering every single time:

But there is something we all can and should do to change it.

We need to talk about our salaries. We should continue to demand better policies around wage transparency and pay equity.

According to Glassdoor.com, 72% of employed adults believe salary transparency is good for business. The majority – 69% – wish they had a better understanding of what fair pay is for their position and skill set at their company and in their local market. As long as we’re not talking openly about salaries and pay disparity – we’re all in the dark. We can’t see the finish line on our goals if we can’t shine the light.

Until we have a more fair and open system, it’s important to know your own worth and ask for it. Read on to learn how.

Six Steps For Refining and Redesigning Your Compensation With Your Employer

Understanding your fair market value is just the beginning. Check back next week for Part Two on Asking Better & Getting More — my tips for salary negotiations. In the meantime, meet me on LinkedIn, IG, or my website, Something Major.

This material is not intended as investment advice and is not meant to suggest that any securities are suitable investments for any particular investor. Investment advice is only provided to Aura customers. All investments are subject to risk and may lose value. Past performance is not indicative of future results.